Generating Attention and Growing Business In a Real-Time World 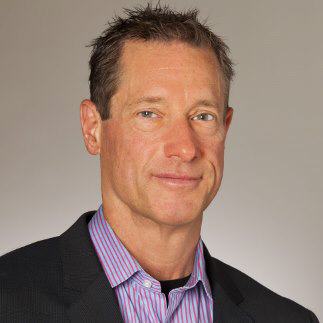 REAL-TIME RULES!
Gone are the days of communicating with the marketplace to suit your timetable. It’s an always-on, Web-driven, Real-Time world now – where it’s possible to generate attention for your product, service or idea in minutes – not months. It’s speed and agility — not the biggest media budget – that wins! YouTube, LinkedIn, Twitter, Facebook, blogs, Newsjacking — social media are the tools of the trade – but Real-Time is the mindset that drives success.

SPEAKING SUCCESS
Appearances in more than 40 countries and all seven continents; Scott’s ideas have captured the attention of organizations all over the world looking for more effective ways to communicate about their products, services and ideas. His high energy presentations – using bold images, video, fresh ideas and success stories to energize audiences – inspire people to set old ideas and fear aside and use these new tools to achieve real, measurable, no-cost results.

PUTTING REAL-TIME STRATEGIES TO WORK
Scott’s background includes executive positions as marketing VP for two publicly-traded U.S. media and information firms. He has an instinctive global view, having worked nine years based in Tokyo and Hong Kong. Currently he is an advisor to a half-dozen emerging companies, providing strategic advice that delivers faster growth.

– The New Rules of Marketing & PR

– Agile Selling in a Real-Time World

“David Meerman Scott was a keynoter for the 17th Annual Healthcare Internet Conference, a gathering of approximately 650 hospital and health system Web leaders. His keynote was a superb way to launch the 2nd morning of the annual conference with a nice blend of information, humor and energy. The session created a buzz of discussions, tweets and questions that carried through the meeting. He was on point and revved up the audience. Some comments from our attendees included: ‘Fantastic and thought provoking,’ ‘Wow, really blown away!’ and ‘Great presentation.’ From an administrative perspective, Scott was easy to work with, accommodating, met every deadline easily and was totally organized. I would highly recommend him if your audience needs to better understand how to be ready for a real time marketing world.”

“After listening to an audio version of David’s book, The New Rules of Marketing & PR, multiple times, I invited him to our headquarters to keynote a two-day “summit” for 12 company presidents and 48 marketing and sales executives. My motive was to catapult our companies’ marketing efforts into the 21st century. It turned out to be one of the top five summits I’ve had in 25 years. It transformed the way our companies think about marketing and PR. Plus, we got a ROI from the event within 48 hours. Instead of regurgitating theories, David gave us action items we could implement immediately to impact our bottom line. Our attendees didn’t have time to check their Blackberry because he moved so fast from idea to idea. When David signed a copy of his book for me, he wrote, ‘Remember Rick, you are what you publish.’ In today’s world, that says it all.”

“I wanted to thank you for speaking at our Insurance Services of New England meeting. You were superb. You are an excellent speaker with a tremendous amount of information packed into your program, which was smart and very enlightening to our group. Your research and work are ground breaking for us media starved businesspeople. That is the good news. The bad news is no one will be as good in the future. Now what do I do?”

The New Rules of Sales and Service Trailer

The New Rules of Sales and Service: How to Use Agile Selling, Real-Time Customer Engagement, Big Data, Content, and Storytelling to Grow Your Business

Newsjacking: How to Inject your Ideas into a Breaking News Story and Generate Tons of Media Coverage

Marketing Lessons from the Grateful Dead: What Every Business Can Learn from the Most Iconic Band in History

Our always-on, Web-driven world has new rules for competing and growing business. Advance planning is out – agile is IN! Those who embrace new ways will be far more successful than those who stay stuck and afraid to change. No one knows more about using the new Real-Time tools and strategies to spread ideas, influence minds and build business than David Meerman Scott. It’s his specialty.

Keynote speaker David Meerman Scott is an internationally acclaimed strategist whose books and blog are must-reads for professionals seeking to generate attention in ways that grow their business. Scott’s advice and insights help people, products, and organizations stand out, get noticed and capture hearts and minds. He is author or co-author of ten books – four are international bestsellers. The New Rules of Marketing & PR, now in its 4th edition, has been translated into 26 languages from Arabic to Vietnamese and is used as a text in hundreds of universities and business schools worldwide. It is a modern business classic with over 350,000 copies sold so far. Scott also authored Real-Time Marketing & PR, a Wall Street Journal bestseller,Newsjacking, and The New Rules of Sales & Service. He co-authored Marketing the Moon (now being made into a feature film titled The Men Who Sold the Moon) and Marketing Lessons from The Grateful Dead.

As a speaker, Scott’s high energy presentations are a treat for the senses. He’s informative, entertaining and inspiring. That he’s spoken on all seven continents and in 40 countries to audiences of the most respected firms, organizations and associations underscores the value he brings to audiences. Scott’s keynotes and masterclasses are an urgent call to action. Scale and media buying power are no longer a decisive advantage; what counts today is speed and agility. Real-Time is the mindset for the future – and content rules! His tailored presentations delve deep – offering strategies and tactics that help audiences seize the initiative, open new channels and grow their brand. His groundbreaking strategies don’t just slap social media onto dusty old strategies – they reinvent the way business engages the marketplace. Audiences walk away knowing how to use blogs, YouTube, Facebook, Twitter, Big Data and the newest tools like Newsjacking and to engage the media, crowd-source product development, increase sales, exert influence, disseminate ideas, build awareness and command premium prices by using speed as a strategic weapon.

David Meerman Scott is a globalist with real world experience and an eye for the bigger marketplace. He moved to Tokyo at age 26 to establish the Japan office of a Wall Street Real-Time economic advisory firm. He worked for global Real-Time media companies in Tokyo for seven years and Hong Kong for two. David was Asia marketing director for Knight-Ridder in the mid-1990s before moving to the Boston area where he was marketing VP for two publicly-traded U.S. companies, most recently at NewsEdge until he was fired shortly after it was sold to Thomson, delivering to him the gift of reinvention as a strategist advising organizations on the new realities of agile, Real-Time business.

In addition to writing, researching and speaking, Scott is currently an advisor to emerging companies who are working to transform their industries by delivering disruptive products and services. Besides delivering success as a member of the board of directors of NewsWatch KK (successfully sold to Yahoo Japan) and Kadient (successfully merged with Sant), and on the board of advisors of Eloqua (successful IPO in mid-2012 and sale to Oracle in early 2013) and GrabCAD (successfully sold to Stratasys in mid-2014), his current portfolio of advisory clients includes HubSpot where he serves as Marketer in Residence (successful IPO in October 2014), VisibleGains, ExpertFile and GutCheck as well as non-profits including the Grateful Dead Archive at University of California/Santa Cruz and HeadCount.

This informative, entertaining and high-energy presentation shows the best examples of success from a wide variety of large and small organizations — from business-to-business outfits to rock bands, nonprofits to entrepreneurial growth businesses. Scott energizes people to put fear aside and inspires them with confidence to apply new thinking: social media are the tools – but Real-Time is the crucial mindset.

With a rebel’s heart, Scott abandons the controlled and message-driven advertising and PR paradigm. He shows how to win the hearts and minds of your audience using blogs, YouTube, LinkedIn, Twitter, Facebook, Newsjacking, and other new tools — by creating content that they’re eager to share.

Today’s communications revolution presents tremendous growth opportunities for those who know how to tap this once-in-a-millennium transformation. Gone are the days of planning marketing and public relations programs to suit your timetable. It’s a Real-Time world now — if you’re not engaged, you’ve opened doors for your competition.

David Meerman Scott shows how to make the power of Real-Time to work for you! His inspiring, high-energy presentations are tailored to each audience, revealing ways to generate attention for products and services in minutes (not months.) Audiences walk away with relevant and actionable ideas: how to develop (or refine) products or services based on feedback from customers or events in the marketplace; how to engage when people are eager to do business; how to make speed and agility a competitive weapon; how to get the media talking about you; and much more.

Real-Time business means acting first — and — while your competitors scramble to adjust, opening new channels that grow your brand. Scott shows how to succeed NOW… in Real-Time.

The ongoing communications revolution has profoundly affected how sales and service is done. Buyers are now in charge! Referencing blogs, Twitter, LinkedIn, YouTube, Facebook and other Web-based tools, they often bypass the traditional selling model altogether – learning for themselves about your products/services, your competitors, and what customers say about you (whether true or not!).

Don’t struggle to adjust to this new environment – be agile and master it. David Meerman Scott inspires audiences with fresh, real-world tested strategies and tactics for establishing and maintaining relationships and building new business. The key is an agile Real-Time mindset and an arsenal of new communication tools. Scott shows how to use them to win hearts and minds by creating low-cost (and no-cost!), measurable strategies and tactics that help buyers you don’t yet know discover you! He shows why the best salespeople have become information curators – communicating by delivering the precise information that buyers need at just the right time and in just the right way.

David Meerman Scott leads this full-day session where entrepreneurs, business owners, and marketers learn a step-by-step framework for building an online marketing strategy and a tactical, actionable plan to reach buyers directly and in Real-Time.

Learn why marketing on the Web is different. Understand how to speak directly to your customers and buyers by creating compelling content they’re eager to share instead of bombarding them with advertising they’ll likely ignore. See why “you are what you publish” and learn strategies to execute viral and Real-Time engagement that wins hearts and minds and gets attention. Learn how to create a cohesive online marketing strategy and the tactics that succeed.