Delivering Programs on the Current State of the Art, Antiques, and Collectibles Market 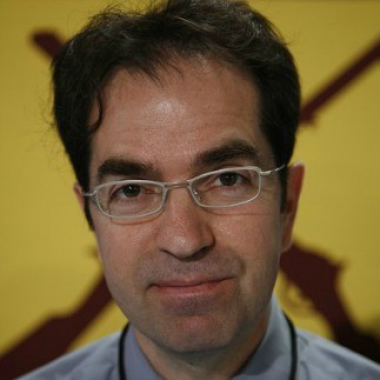 With over 25 years experience in the fine art, antiques, and collectible business, Mr. Piattoni holds a certificate in appraisal studies from New York University and is a former specialist  and Senior Vice President with Christie’s fine art auction house in New York.

He has appeared as an appraiser on PBS’s Antiques Roadshow since 1997, as well as a guest on ABC’s The Oprah Winfrey Show, and WGN Radio’s Milt Rosenberg Extension 720.

He also has contributed to numerous articles in such publications as Sync Magazine, The Old Farmer’s Almanac, and The Antiques Roadshow Insider.

The Current State of the Art, Antiques, and Collectibles Market

Gary M. Piattoni is an Illinois native, with extensive experience in the art and auction industries. In January of 2002 he started Gary Piattoni Decorative Arts, Inc., a fine-art and antiques appraisal and consulting company. This came as a natural step after his experience at Eppraisals.com, where he was executive vice president and one of the founding members. At the time Eppraisals.com was the largest online appraisal service on the Web. While at Eppraisals.com Mr. Piattoni was responsible for building and directing a network of over 700 experts in 300 collecting categories.

Prior to joining Eppraisals.com, Mr. Piattoni was a senior vice president at Christie’s International Auction House. During his tenure at Christie’s, Mr. Piattoni worked in a variety of roles, most recently as Christie’s Midwest managing director in Chicago, where he was responsible for business development over a 14-state area. Before his move to Chicago, Mr. Piattoni was director of operations at Christie’s New York, where he was responsible for auction logistics. It was in this role that he was part of the six-person construction project team as Christie’s built its flagship headquarters at Rockefeller Center. Mr. Piattoni first joined Christie’s as director of European Decorative Arts at Christie’s East. There, working as both appraiser and manager, he directed monthly sales of decorative arts including specialty sales such as: European Furniture and Decorative Arts from the Collection of Norma Kamali; Property of Donald J. Trump from the Mansion at Seven Springs and Mar-a-Lago; The Art of Invention; and American Patent Models 1836-1899 from the Cliff Peterson Collection.

As a nationally recognized expert in art and antiques Mr. Piattoni has appeared on ABC’s The Oprah Winfrey Show, NBC’s The Maury Povich Show, and WGN Radio’s Milt Rosenberg Extension 720. He has also contributed to numerous articles in such publications as New York Magazine, Town & Country, Chicago Magazine, and Design Times.

Mr. Piattoni’s area of expertise is European furniture, decorative arts, and militaria. A graduate of the University of Chicago, he holds a certificate in appraisal studies from New York University and a master of fine art degree from the School of the Art Institute of Chicago.

Gary’s programs are customized to meet your needs. Below are some topics he covers.