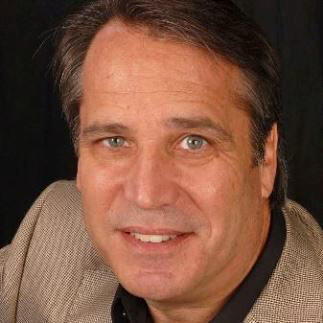 Hal is a Nationally recognized thought leader on business development. Hal presented the 80/20 Principles over 180 times for the last 5 years to Fortune 100 companies.

With over 30 years in sales, Hal Barr developed and authored a proven sales process that increases sales, revenues and client retention. The process is based on the Pareto Principle which is almost considered a law of nature. By employing these techniques professional sales people have seen extraordinary growth in their business and companies have reaped the benefit of increased market share.

Hal developed the 80/20 program in his territory and because of the tremendous response to the program, was requested to speak at many national meetings throughout the US.  Eventually Hal was appointed the national spokesperson for AIM and later the Director of Sales Strategy and Planning where he helped to formulate the product introductions and presentations for the entire sales force.

As A top wholesaler Hal:

“Hal Bar is one of those people that you ‘d rather not have to speak after in a program since he’s one of the best public speakers that you’ll see. He’s a great communicator, a real pro at his job and I enjoyed working with him so many years at AIM.”

“Hal is one of the best presenters I have worked with. He has a way of taking complicated subjects and making them simple to understand. He was always well received at conferences we worked together and was a sought after speaker. Hal was a pleasure to work with.”

“Hal’s strong speaking skills led him to take a position as a full-time presenter helping financial advisors grow their business. Hal was one of our most sought after presenters and delivered creative and impactful presentations.”

Hal has spoken at nearly every national meeting for every financial firm in the industry, speaking over 150 times each year to share with the advisors the key to developing and growing their businesses. His presentations were standing room only as people were informed, entertained and motivated as to how to take their business to the next level.

After graduating from Boston College with a degree in Economics and business, keynote speaker Hal Barr was recruited by a national distributor of biomedical supplies and instrumentation in Houston Texas.  He was placed with the VP of Sales as an assistant and eventually placed in the field.

After three consecutive years of exceeding his quota Hal left the industry to join Merrill Lynch as an advisor.  He found that he loved the business but preferred to be out of the office and joined Flagship Funds to begin his career as a wholesaler.

Within a few short years Hal was recruited by Eaton Vance to handle the Illinois, Indiana and Michigan markets where he excelled to be one of their top wholesalers raising over $120 million in just 60 days for a new fund.

AIM investments took notice of his sales numbers and reputation in the market and offered Hal a position in Chicago. He quickly took a territory from $250 million in sales to $2 billion cumulative sales in less than 4 years while seeing his territory go from Illinois and Wisconsin to Chicago, Milwaukee and Madison.

This program is designed to help advisors have a systematic way of increasing sales, gaining client loyalty and be more professional with their clients.  People who have incorporated this saw immediate results and an incredible increase in their business and a renewed interest and satisfaction in their business.

In this one-hour, interactive presentation, your advisors will:

As a wholesaler you are given a large geographical area, hundreds of branches and thousands of advisors to develop and grow your business.  You are held accountable for a seemingly unattainable task and performance is required.  So how do you run your business so your business doesn’t run you?

In this one-hour, interactive presentation, your wholesalers will: