Speaking on Building Relationships & Creating Influence to Grow Your Business 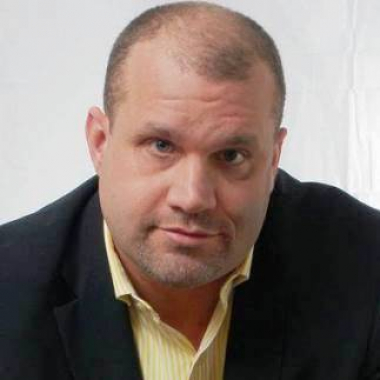 Richard has been profiled in Harvard Business Review and cited in the world’s leading business publications as one the best-connected people.

Richard advises Fortune 1000 CEOs on business strategy, leadership development, market development and positioning within global spheres of influence. He speaks to audiences around the world on building client relationships and creating influence to grow sales and drive revenue.

In this capacity, Mr. Stromback leverages his deep global relationships and knowledge of influential organizations and international markets to assist businesses with their global business interests.

Mr. Stromback has used his extensive network to bring together visionary leaders to solve some of the world’s biggest challenges including the Ecology Summit with Sir Richard Branson and Tony Blair on Necker Island.

His 40th birthday party received media coverage for its excess and attendees alike. Billionaires, royalty, political figures, and leaders from the corporate and financial worlds were in attendance. In international elite circles he is recognized as an expert in relationship building and influence.

“There was a time when I helped Rich Stromback with a few contacts at his first World Economic Forum, almost a decade ago. In the time since he has returned the favor many times over and has turned networking and connecting into both a science and an art form. His list of contacts is ample, but more important is his keen sense of who can help whom, and his intuitive sense of who else could be of help and how to get to them. The real secret of networking is to figure out whom you can help put together, not who can help you; Rich pretty much lives that.”

“Rich is very smart, has a wonderfully good heart, is incredibly connected and is one of those people who “just gets things done”. ”

– Matt Anestis, Managing Director, Chief of Staff to the Office of the President and COO at BlackRock

“The NHL Alumni Association had the pleasure of Richard participating as a Guest Speaker at our NHLA BreakAway (Career Transition) Symposium in September 2014. Richard is engaging, well articulated and is relevant to his audience in a tremendously authentic manner. His message is clear, interesting and he captivates his audience through his passion for helping others. His sincerity and empathetic nature draws his audience in to want to hear more of his experiences of success that he shares. Richard leaves you with an empowering and motivational desire to be the best you can possibly be! I would highly recommend Richard as a Guest Speaker at any event – his compassion for people and willingness to help is commendable! “

Richard’s Audiences Have Included Members from…

Rich Stromback: Why go to Davos?

Motivational Speaker Richard Stromback has founded several successful ventures in the information technology and the clean technology space, most notably Web Group and Ecology Coatings.    He currently serves on multiple boards and advisory boards and is a shareholder in many ventures.

Mr. Stromback’s repeated successes have been acknowledged by both the media and the global business community.

His insight has been sought out by such publications as The Harvard Business Review, The New York Times, Bloomberg and The Wall Street Journal.  His accomplishments as founder and CEO of Web Group were recognized by Inc. Magazine, which named Web Group the 189th fastest growing private company in the United States in the year 2002.

In 2006 his leadership of Ecology Coatings garnered a Wall Street Journal Innovation Award and a Technology Pioneer Award from the World Economic Forum.

Are you where you want to be professionally? To succeed in today’s ever changing and competitive market, you’ll need to reinvent yourself a few times over the course of your career.

In this thought-provoking talk, Rich discusses concrete strategies to become a stronger leader through professional reinvention.

In this dynamic presentation, your audience will learn to:

In this talk, Rich guides you through the process. We’ll cover online and real world networking opportunities and ways to develop authentic relationships. You’ll learn: