Leading the .01% - A History of Top Performance 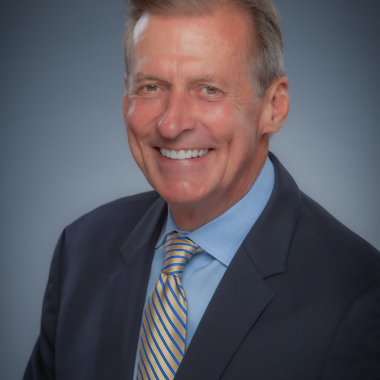 “Effective leadership is about setting the tone of success. With the Blue Angels, that tone was one of appreciation and gratitude that activated a mindset that led to High Performance.”

Few executive leaders have had the tenure Greg Wooldridge has as the leader of one of the highest performing teams in human history. He didn’t just lead, he pushed the edge of the envelope on performance.

Welcome to one of the pioneers of high performing teams. Greg Wooldridge is the only commanding officer to lead The Blue Angels for three separate tours.

First selected because of his demonstrated ability to build teams where communication, trust and teamwork took precedence over rank and status, Greg’s heart-driven approach proved a perfect match for the Blue Angel’s culture of excellence, and he was called back to lead two more teams through times of difficult transition. Since his success with the Blues, Greg has been inspired to share his methods in order to empower individuals and teams on their journey toward High Performance.

Greg’s one of a kind experience resonates with audiences of any size, background or culture. From leaders searching for an inspiring “how to” approach, to full scale corporate engagements, Boss simultaneously creates that “spark” with his stories from the cockpit, and fans it into flames by providing the nuts and bolts of Blue Angel methodology.

“Greg was the most dynamic and motivating speaker of the event.”
— Nicole Richards, Reach Air Medical Services

From the very start of Greg’s career in the Navy, Greg was immersed in the building of great teams.

In flight candidate school he learned from the camaraderie of his class, an emotion that elevated individuals by first elevating the performance of the team. Later, acting as a commander of a carrier squadron, Greg discovered that teams which drive toward something greater than themselves unlock an ability to perform at extreme levels.

And finally, when he was selected as the commanding officer of the Blue Angels, The Navy’s—and the world’s—premiere flight demonstration squadron, Greg Wooldridge experienced what it was like to take one’s dreams and beliefs on an upward spiral, into the beyond.

“Greg will take you on an incredible journey as he leads the world’s preeminent pilots, who have mastered landing on an aircraft carrier’s pitching deck at night, to a level of skill seemingly impossible to achieve; flying safely and steadily 18” apart at 400 miles per hour.

Beginning with a culture that is founded on a sense of gratitude and trust, “Boss” will guide you through a performance-elevating framework that can be applied to any challenge. You will learn the way in which exceptional growth in team and personal performance can be achieved even though your journey, like his, may have been ‘littered with rose thorns and not rose pedals.’

Captain Wooldridge will describe the importance of setting clear expectations so that that each and every team member can achieve superior performance while realizing a purpose larger than self. The game-changer, the Glad to Be Here Debrief, will amaze with its simplicity yet powerful application.

The story will be told with award winning action videos, dynamic still shots, and the passion of someone who has had the privilege of leading the world’s foremost aerobatic flight demonstration squadron team an unprecedented three times.”

Blue Angels pilots are the best of the best, and channeling that kind of talent takes special care. Greg’s success leading the Blues provides a powerful model for any team or organization looking to re-define High Performance.

Effective leadership requires a mindset that inspires trust through confidence, but which remains open to communication and critique. Great teams are victorious together.

Character, authenticity, compassion, strength, trust: the Blues’ performance flows from powerful leadership. The Blue Angel approach to leadership is unique and inspires trust through confidence, with open and honest communication. Every team member is expected to be a leader to achieve expected results.

The Blue Angels risk their lives every time they execute a maneuver. Greg draws his methods from a world where strategies for extreme focus are part of a larger process that ensures safety as well as precision.