No Excuses - Anyone Can Do Anything 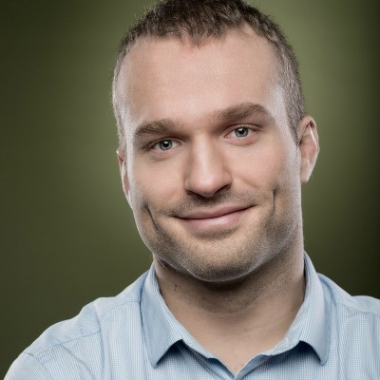 HBO Real Sports corespondent, Bernie Goldberg, summed it up best when he said, “Kyle’s taken away the right to complain from the rest of us.”

Born on March 24, 1986 with congenital amputation, his parents Scott and Anita supported Kyle and drove him to be as independent as possible, inspiring him to become the person that he is today. Kyle is a Brazilian jiu-jitsu fighter, wrestler, record-setting weightlifter, and the first man to crawl to the summit of Mt. Kilimanjaro. Kyle has not let his success be defined by anything or anyone but himself. He has lived his entire life striving to do more. He aims to learn more, push harder, go further—and to inspire others to do the same.

The principle that guides Maynard is also the title of his book: No Excuses, and his life is a testament to accepting challenges and exceeding your potential. An inspiring speaker, he encourages people to recognize that some things are impossible–and then do them anyway. It is a powerfully uplifting story that leaves audiences of all ages ready to take on the world.

As a motivational speaker, Kyle travels the world, sharing the message of “no excuses” with many different audiences. Everyone has a challenge to overcome, and Kyle’s keynote inspires all people, regardless of what they’re up against, to overcome their obstacles and live full, passionate lives.

“Simply put, kyle was amazing! He was so inspirational, his storytelling was spot-on and he managed to connect with everyone of all ages equally. Our partners couldn’t have been happier with the outcome!”
Anup Swamy, VP Consumer Marketing at Sports Illustrated

“He truly is a kindred spirit for our caregivers and one of the most powerful and compelling speakers we have ever had join us.”
Steve priest, chief wisdom officer at davita healthcare partners

“Kyle kicked off our annual conference in an awesome way. Attendees were amazed with his story and we carried the no excuses theme throughout the event. Better yet, kyle took the time to personally meet over 100 people in our audience.”
Tim mislansky, president of mycumortgage

Kyle has also partnered with the Army, Navy, Marine Corp and Air Force

No Excuses: The True Story of a Congenital Amputee Who Became a Champion in Wrestling and in Life

Kyle Maynard is a motivational speaker, author, entrepreneur and athlete. Despite being born with arms that end at the elbows and legs near the knees, Kyle’s wrestled for one of the best teams in the Southeast, set records in weightlifting, fought in mixed martial arts, and most recently became the first man to crawl on his own to the summit of Mt. Kilimanjaro, the highest mountain in Africa.

His story has been featured on The Oprah Winfrey Show, Larry King Live, ESPN’s Sportscenter, HBO’s Real Sports, ABC’s 20/20 and Good Morning America, and as a cover story in USA Today. He continues to inspire as the author of his book, No Excuses (2005), a New York Times bestseller.

Kyle Maynard was born March 24, 1986 with a condition known as congenital amputation. His parents, Scott and Anita, had no idea their firstborn son would be born with a disability, but they made a critical decision early on to drive him to be as independent as possible — beginning what Kyle calls his “pursuit of normalcy.”  And consequently, with basically two elbows he can type up to fifty words per minute on a normal keyboard, eat and write without any adaptations, drive a vehicle that has little modification, and live on his own in a three-story townhouse in Atlanta, GA.

Kyle’s athletic journey began as an 11-year-old that wanted to wrestle and a coach that gave him an opportunity to try. After losing every single match his first year and most his second, Maynard, with his iron will and parents who wouldn’t let him give up on himself, found a way to win 36 varsity matches his senior year; defeating several state place finishers and state champions during his final season. Maynard also began weight training at the same age, and after a very modest start, he attained the title “GNC’s World’s Strongest Teen” by bench pressing 23 repetitions of 240 lbs. In February of 2009, with leather straps and chains attached to his arms, he successfully lifted 420 lbs.

But Kyle Maynard’s accomplishments extend far beyond the wrestling mat or weight room. He is the 2004 ESPY Award winner (Best Athlete with a Disability), and a year later was inducted into the National Wrestling Hall of Fame. In 2007, he was elected by the U.S. Jaycees as one of the Top Ten Outstanding Young Americans. In 2008, Maynard received the Highest Recognition Award of the Secretary of Health and Human Services for his efforts as a life role model, motivational speaker and humanitarian.

Maynard is also certified as a CrossFit instructor and in 2008 he saw one of his most fervent dreams become a reality when he built and opened his first fitness center, No Excuses CrossFit.

In April of 2009, Kyle became the first quadruple amputee to step into the cage and compete as an amateur mixed martial arts fighter. Kyle’s focus is on grappling and ground fighting — he’s currently in his 7th year studying Brazilian Jiu-Jitsu and now training with Renzo Gracie blackbelt Paul Creighton.

For the past seven years Kyle Maynard has traveled to five continents speaking for corporate meetings, grade schools, universities, and programs supporting injured American veterans. He’s shared the stage with the world’s greatest minds in business, politics, sports, and motivation. Whether he’s in front of a middle school classroom or thousands in a convention hall, Kyle says his life’s deepest passion is helping each audience on their path towards reaching their highest human potential.

In his most recent conquest, Kyle became the first man to ever hike on all fours to reach the roof of Africa — bearcrawling to the 19,340 ft. summit of Mt. Kilimanjaro. Joining Kyle were two inspiring veterans, former Marine officer Chris Hadsall and Army staff sergeant Sandra Ambotaite, who battled through incredible adversity of their own to reach the peak. The purpose of their quest — to send a message to the veteran community and kids with disabilities around the world that no obstacle is too great to be overcome.

Kyle Maynard’s No Excuses keynote is teaching audiences around the world that there are no worthy excuses. No matter how challenging your difficulties may seem, everyone has the ability to overcome; Kyle will show you how.

In this uniquely inspiring presentation, Maynard uses examples from his own extraordinary life to illustrate how his “No Excuses” philosophy can help anyone overcome their perceived limitations to exceed their potential and do the impossible.