Blue Zones is on a mission to help people Live Longer, Better.

Responsible for Leading the development & Implementation of the Blue Zones Project 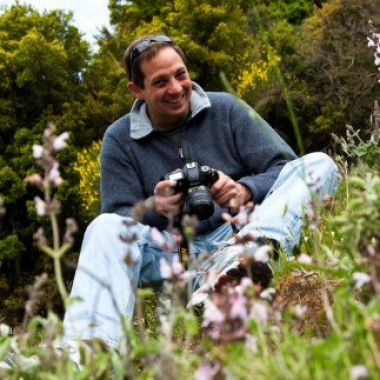 Nick is the Community and Corporate Program Director at Blue Zones, LLC. He is responsible for leading the development and implementation of the Blue Zones Project in all of the Blue Zones Communities and corporate sites across the US. In the last 20 years, Nick has lead 17 expeditions over 6 continents around the world, three of which to the Blue Zones sites.

He is committed to informing, inspiring and connecting people and ideas. His work with the Blue Zones expedition team provided him a first hand, in person glimpse of these Blue Zones — places that have the greatest life expectancy and where more people reach age 100 than anywhere else in the world.

In 2004, Nick Buettner & Dan Buettner teamed up with National Geographic and the world’s best longevity researchers to identify pockets around the world where people live measurably longer better. In these “Blue Zones” they found that people reach age 100 at rates 10 times greater than in the United States.

In 2009 they partnered with AARP and the United Health Foundation to apply the Power 9 principles to Albert Lea, MN. It worked: after just one year, participants added an estimated 2.9 years to their average lifespan while healthcare claims for city worker dropped 49%. Harvard’s Walter Willett called the results ‘stunning’.

They are now building Blue Zones in cities and businesses across the country and Nick is leading this charge.

Using National Geographic photography and a dynamic, storytelling delivery, Nick takes audiences to these longest-lived cultures, shares his own observations from the field, and provides your group with ideas to immediately increase their own well-being. Nick also was also Executive Producer of the Blue Zones expeditions to Okinawa, Costa Rica and Ikaria.  As a leader on the Blue Zones team, Nick coordinated all field production operations and collaborated with Good Morning America, CNN, AOL, WCCO and the National Geographic Channel to produce live events from remote locations throughout the world.

To find the path to long life and health, Blue Zones study the world’s “Blue Zones,” communities whose elders live with vim and vigor to record-setting age.

In his talk, Nick shares the 9 common diet and lifestyle habits – Power 9® – that keep them spry past age 100. What should you be doing to live a longer life?

Nick debunks the most common myths and offers a science-backed blueprint for the average American to live another 12 quality years.