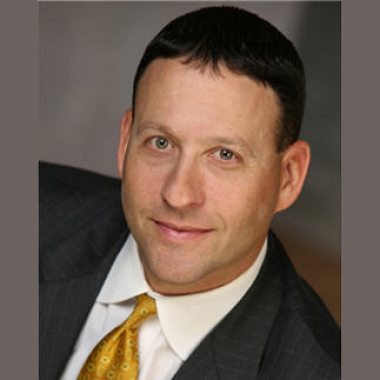 Ever wonder why certain teams WIN consistently, whereas others come up short? Ross explains WHY – In an engaging and visually entertaining style that’s designed to Improve YOUR organization’s productivity, morale and bottom-line profitability.

Ross is an award-winning peak performance business speaker who’s keynoted conferences on four continents for audiences as small as 10 and as large as 10,000. His signature program, “The Champion’s Code: Life Lessons of Ethics & Accountability from the Sports World to the Business World,” is based on more than six years of research that resulted in two critically acclaimed series of sports-business books.

The first examines how and why certain teams win world championships; while the other chronicles the unwritten and unspoken rules in the world of sports, or “codes” as they are known, which explores the fine line between cheating and gamesmanship — and the consequences involved when that line is crossed.

Let Ross customize a keynote (from one to four hours) for your next annual conference, corporate event, or sales meeting — his passion and energy is contagious and he’d LOVE to be a member of YOUR team for the day!

“Ross, I just wanted to say thank you again for participating in a great couple of Peak Performer meetings for Allianz. I can’t tell you enough just how pleased we were with your message and the reaction to it from our top wholesalers. The ultimate goal of our meetings was to instill confidence, unify the team, excite them for the opportunities in front of us and inspire them to be their best. Your Champion’s Code presentation did all of that for us and much more. Thanks again!”

“Ross’ message around high performance and what defines excellence in leadership using the sports world as an analogy was a huge hit…actually it was a grand slam home run…with our team members…they came away inspired and stoked.”

“One of the best presentations I have ever heard. Very motivational — real life ideas that I am applying to my business and team along with life lessons for personal growth. I have been to numerous Chairman Circle meetings and SVP meetings along with other high producing agent get-togethers and this was the best of the best.”

Motivational Speaker Ross Bernstein has spent the better part of the past 20 years studying the DNA of championship teams and his program, “The Champion’s Code: Life Lessons of Ethics and Accountability from the Sports World to the Business World,” not only illustrates what it takes to become the best of the best, it also explores the fine line between cheating and gamesmanship in sports as it relates to values and integrity in the workplace.

There are reasons certain teams win consistently, whereas others come up short, and Ross explains why — in an engaging and visually entertaining style that’s designed to improve productivity, morale and bottom-line profitability.

Ross and his books have been featured on thousands of television and radio programs over his career, including CNN, MSNBC, FoxNews, ESPN, TSN, ABC, NBC, CBS, and the CBC, as well as in the pages of the Wall Street Journal, New York Times, and USA Today.

As a working member of the media in his home state of Minnesota, Ross has a unique behind the scenes access to all of the local sports franchises in the area, including the Vikings, Twins, Timberwolves, Wild and Gophers. As such, he spends lots of his time in dugouts, club houses, locker rooms, and press boxes — and it’s here where Ross has met and interviewed thousands of professional athletes over the past 20 years.

Ross grew up in the small southern Minnesota town of Fairmont and went on to attend the University of Minnesota. It was there where he first got into writing through some rather unique circumstances. You see, after a failed attempt to make it as a walk-on to the University’s top-ranked Golden Gopher hockey team, Ross opted for the next best thing — to become the team’s mascot, “Goldy the Gopher.” His humorous accounts as a mischievous rodent then inspired the 1992 regional best-seller “Gopher Hockey by the Hockey Gopher.” Talk about making lemonade out of lemons… the rest, as they say, is history!

After graduating from college, Ross spent the next five years living in Chicago and New York City, working as the vice president of marketing for a start-up children’s entertainment company that he co-founded along with several former executives from the Walt Disney Company. Feeling as though he was missing his calling, however, in 1997 Ross took a leap of faith and moved back to Minnesota to pursue his dream of becoming a full-time sports author. Between writing three new books a year and speaking from coast to coast, Ross feels as though he has created his “dream job” and is truly living his passion each and every day.

Ever wonder why certain teams are SUCCESSFUL whereas others aren’t? Ross explains WHY — in an engaging and visually entertaining style that’s designed to improve YOUR organization’s productivity, morale and bottom-line profitability…

The best-selling author of nearly 50 sports books, Ross Bernstein is an award-winning business speaker who helps companies and organizations think and act more like CHAMPIONS. Ross and his books have been featured on thousands of television and radio programs over the past 20 years, including CNN, MSNBC, CBS This Morning, FOX News, ESPN, NPR, and the CBC, as well as in the Wall Street Journal, New York Times, L.A. Times, USA Today, and Maxim Magazine.

Ross’ signature program, “The Champion’s Code: Life Lessons of Ethics & Accountability from the Sports World to the Business World,” is based on more than six years of research that resulted in two critically acclaimed series of sports-business books. The first examines how and why certain teams win world championships; while the other chronicles the unwritten and unspoken rules in the world of sports, or “codes” as they are known, which explores the fine line between cheating and gamesmanship — and the consequences involved when that line is crossed.

Ross interviewed more than 1,000 professional athletes and coaches for the six books and along the way he saw some fascinating patterns, metrics and trends develop among certain individuals who possessed a very unique DNA. For these unique individuals, or “champions,” it wasn’t always about winning, it was about following their moral compass in order to play the game the right way — with respect and integrity — in order to achieve success. In his presentation, Ross identifies upwards of 100 unique characteristics and traits that are common among champions, which he then ties into poignant life lessons and inspirational stories that relate back to his client’s event theme and desired learner outcomes.

Based largely on the “Good to Great” ideology of how the best companies are able to separate themselves from the rest of the pack through dynamic leadership and extraordinary customer service, Ross’ program reinforces the concept that individuals win games, but TEAMS win championships. Momentum, roles, buy-in, motivation, consistency, sacrifice, trust, chemistry, work-ethic, innovation, karma, and being humble — they’re all a part of what it takes to become the best of the best — a champion both on and off the field.

To raise the Stanley Cup means that you have reached the pinnacle of professional hockey success; it means you are a champion — the best of the best. Each player’s epic journey to get to that sacred place has a unique and meaningful story behind it, however, and those stories are at the very core of Ross’ program. For more than two years Ross researched, met and interviewed upwards of 200 players and coaches who all share one common denominator — they had the distinct privilege of hoisting Lord Stanley’s holy grail. You see, to raise it means you have won it. Hockey players are extremely respectful as well as superstitious when it comes to the Cup. In fact, no player will ever even touch it unless he has won it. So, when he actually gets to raise it above his head for the first time, it is undoubtedly one of the proudest and most profound moments of his life.

Some stories will make you laugh out loud; like the one about Shjon Podein, who was so excited about winning the Cup in 2001 with the Colorado Avalanche that he refused to take off his equipment for the next 24 hours. That’s right. Wanting the moment to last forever, he kept his entire uniform on — skates and all — and partied like a rock star all night long throughout the streets of Denver. Some will make you cringe; like the one about Mike Modano, who, despite suffering from incredible pain, insisted upon getting his broken wrist shot up with Novocain between each period of every playoff game because he didn’t want to let his teammates down during Dallas’ 1999 Stanley Cup run. Some will bring tears to your eyes; like the one about Phil Esposito, who talked about how tough it was for him to slip his 1970 Boston Bruins championship ring off his dad’s finger at his funeral just before they had to close his casket. And some will inspire you; like the one about Brendan Shanahan, who took the Cup to his father’s grave site the morning after leading his Detroit Red Wings to the title in 1997 so he could personally thank him for all the sacrifices he had made for him over the years — from 5AM practices to getting a second job — just so he could live out his childhood dream.

The raw emotion and personal stories of determination, courage and perseverance will resonate with your audience as Ross weaves the life lessons and wisdom that he gathered over his two year odyssey into practical business takeaways that can be taken back to the office and put to use immediately. In his program, Ross talks about the “metaphorical Stanley” in all of our lives, that goal or light at the end of the tunnel that we are all pursuing as we climb the corporate ladder, and about how we can all achieve success through hard work, passion and dedication. Audience members will learn about teamwork, toughness, roles and role players, and leadership in ways they simply never imagined. If you’ve got any sports fans in your group, then this uplifting, PowerPoint-photo-packed, 60-minute program will be the perfect way to open or close your next conference or event.